Can CLIP save consumer 3D printing?

Can CLIP save consumer 3D printing?

3D printing dominated the news cycle throughout 2014, in a trend that has showed no sign of abating this year. Whether it’s celebrities proclaiming an outlandish future for the tech, new printers that can produce dental models, or a swathe of new products on Kickstarter, the evolution of additive printing never seems far from the headlines.

Despite that prominence, consumer 3D printing has so far struggled to capture the public imagination. Research firm CCS Insight predict that the vast majority of 3D printing revenue in 2018 will still come from industrial sources, with less than 25% of sales driven by consumers. With estimated revenues of some $1.2 billion expected in three years’ time, the consumer sector looks unlikely to swell beyond niche status.

Solving two problems with 3D printing would go a long way towards enabling its entry into the mainstream.

The first is pernicious, and tough to fix. According to Arnold Gagneux of CCS ‘consumers will only buy 3D printers if they can see a clear use for them. To drive mass sales, manufacturers need to change the perception that 3D printers are simply a bit of fun and create sustainable demand beyond just an occasional need. 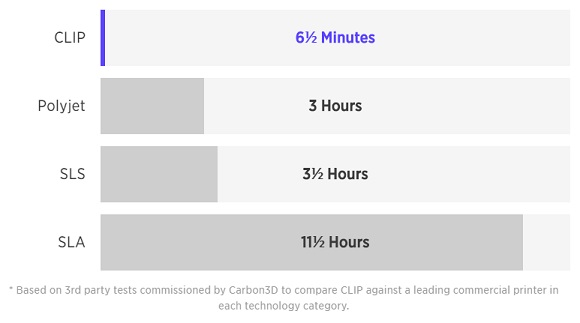 Enthusiasts will hope that development of the technology – both in terms of uses and user friendliness – helps to address this issue, but only time will tell.

The second may have just been solved. While the complexity and quality of 3D printed structures is not in doubt, the speed at which they can be produced has long put many consumers off adopting the technology. Waiting several hours for a small object to get produced makes 3D printing an anathema to many in a convenience-obsessed age.

Now, continuous liquid interface production (CLIP) promises to rapidly speed up the process, printing objects that would previously take 10 hours in 10 minutes. Developed by Dr John Tumbleston and a team of researchers at the University of North Carolina, it achieves this remarkable feat by building upon the very first method of 3D printing invented back in 1986. Stereolithography involved curing a pool of molten plastic into shapes by using UV light, which solidifies any part of the surface that it touches. Done in layers, eventually a whole 3D printed object is made in the molten pool. 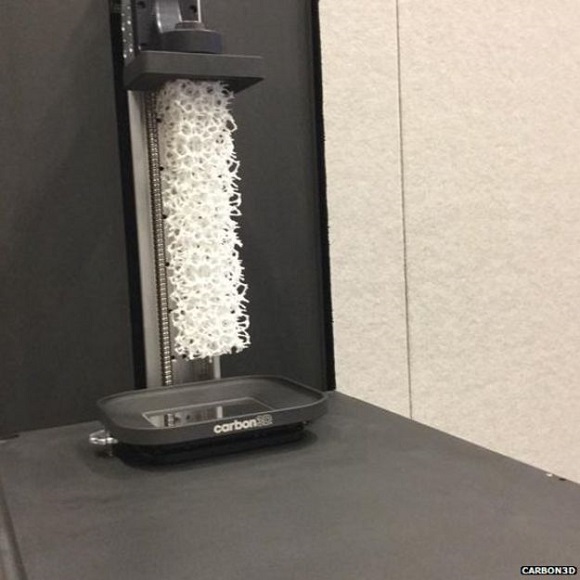 CLIP reverses this process, ‘printing’ the object from the bottom of the pool. This allows the printer to work continuously, as the object is pulled from the pool, a method much faster than the layered approach of stereolithography. It should also prove to produce more solid, stronger objects, too: not weakened by the need for constant layering.

This development was made possible by the introduction of an oxygen-permeable window at the bottom of the vat of molten plastic. Oxygen slows down the curing process, and is used to stop the plastic from sticking to bottom of the vat. The image of the complete object appearing from the vat has been compared to the film Terminator 2.

As an extremely recent development in 3D printing, the full uses of the technology aren’t yet fully understood. It shows potential in the production of soft, elastic objects and could possibly be used in ceramic production. The technique can’t be applied to metals, so its industrial uses are limited. But for consumers, the increased speed – and impressive way in which objects appear to be pulled from the molten plastic – could prove a big selling point.

For the moment, Dr Tumbleston’s team have started to explore the commercial potential of CLIP with their start up business, Carbon3D. Big business –Stratasys, 3D systems and their trading stocks – will certainly have noticed the threat from this new development.

Whether Carbon3D can succeed where other companies have failed and make 3D printing a mainstream enterprise remains to be seen: but it will certainly be interesting to see how this new technology plays out across the industry. 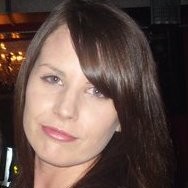