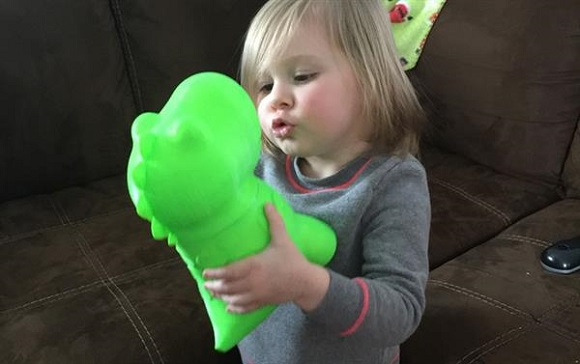 It is common knowledge that 3D printing is the technology which is widely used to produce funny little toys, accessories and even an occasional robot. But from the first look it may seem that the toy can’t be 3D printed, it looks cheap though intelligent. Nevertheless it is a 3D printed cognitive learning toy, and if you like it, you may buy one for your kid by the end of 2015. 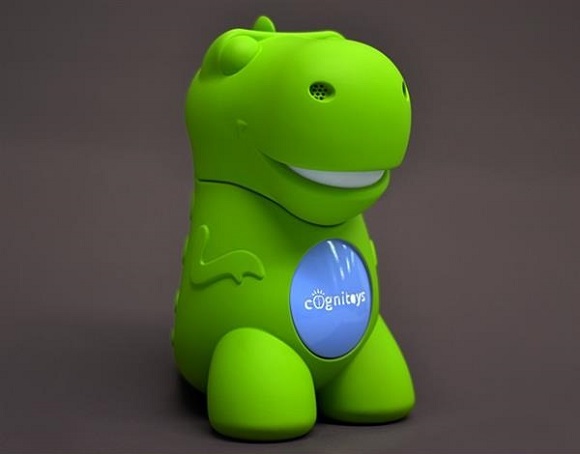 The thing we are describing is the CogniToys, created by Elemental Path – an innovative start-up. The toy dinosaur that they’ve 3D printed is nice and cute and funny. In addition it is also educational, smart and playful. When you press its belly, your child and you can talk to the dinosaur directly. From the video which you may watch below in this article it’s clear that children can ask it questions and receive answers appropriate to his age, listen to stories and create them together, give commands, listen to and tell jokes, And the most amazing detail – through interaction the child can shape the dinosaur’s personality. In general it’s a wonderful educational toy for four- to seven-year-olds. It is a good toy that can help develop a kid’s cognitive skills without spending all day long in front of the TV-set or with a smartphone. 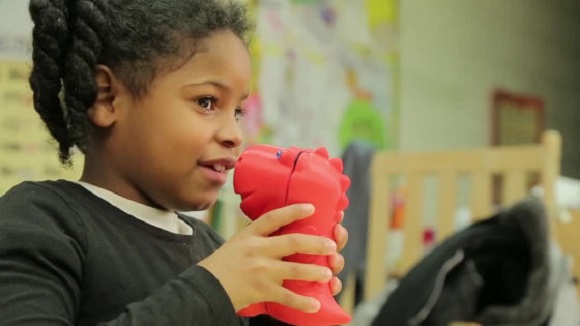 The Elemental Path team told on their Kickstarter campaign that they managed to find what a smart educational toy lacks and tried to produce a perfect up-to-date toy for kids, which could make them think, play and interact with objects, not with screens. Such a technology allows children get involved into intelligent communication with the toys. Thanks to this technology the toys can speak listen and, at the same time, grow and learn together with the children. Such a toy has some elements of individualized educational entertainment for children. 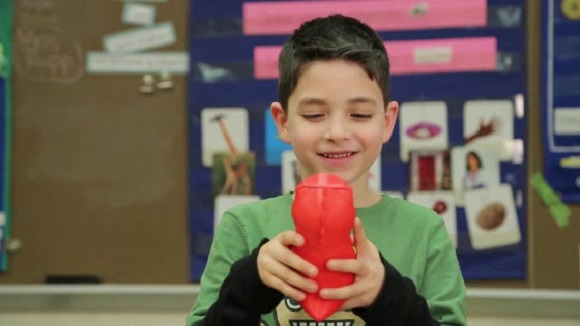 The team achieved an incredible level of individualization and personalization. In general the toy will get acquainted with the kid and develop as he or she develops. They interact directly with each other and create the experience based on the kid’s individual interests and tastes. The toy dinosaur will find out the favorite colors and toys, interests and tastes and will then use them to modify their communication. All this will lead to the higher level of educative progress.

A number of custom modules work to involve the child into educative play. Vocabulary, spelling, rhyming, mathematics and a lot others are them. With the growth of interaction the challenge for educative content will also increase becoming more stimulating and demanding. 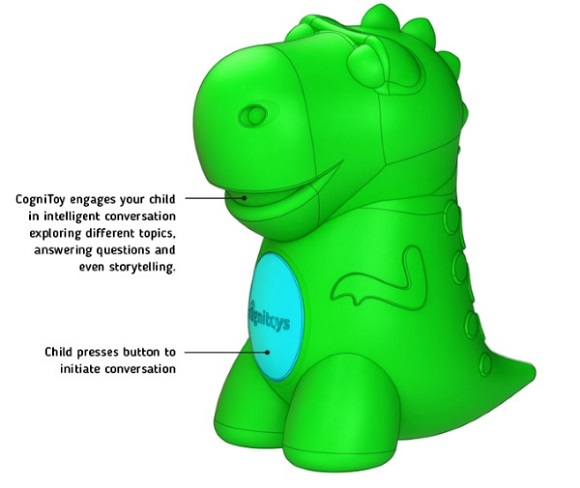 Each dinosaur toy is a smart toy and can connect to the Internet, allowing the developers improve and update the toy on the grounds of the play experience. Parents can also check and control their kids’ progress via “parent panel” in the application that goes together with the CogniToy.

The toy has become one of the popular ones one the Kickstarter, as parents also find it attractive. We have seen lots of nice 3D printing projects on Kickstarter, but rarely do they become as popular as the CogniToys dinosaur. Elemental Path is trying to raise $50,000 by March, 18, but they have already got twice as much in pledges.

One of their goals is to make that dinosaur available in different colors. At present the dinosaur is available only in English, but they are doing their best to develop it with other languages. They still have time to achieve what they want. But if you want to get one of those for your child, you can make a pledge of $99 or more. 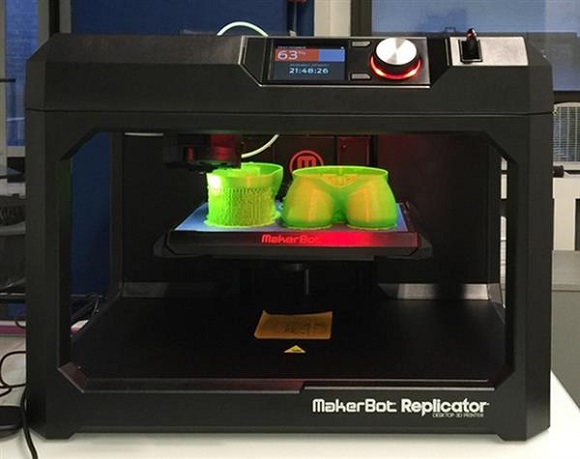 Of course it is interesting to know how the dinosaur works. In general the dinosaur uses the IBM Watson supercomputer, which is created to ask and answer questions. It has access to more than two terabytes of data including Wikipedia. Originally it was created to take part in the Jeopardy game show, where it succeeded and became the first in 2011. Since that time IBM has been trying to create commercial applications and in 2014 started the IBM Watson Mobile App Developer Challenge. Those who win the challenge could get access to IBM Watson. The toy concept by Elemental Path won the challenge. Using this powerful machine the toy can answer questions in a few seconds and then ask its own.

The team says that they’ve developed the first toy, which can connect the cloud platform and answer back with the information relevant to the kid’s age. Every utterance is a personalized answer. The more the kid uses the platform, the better the toy evolves and so the experience becomes better. The team will go on developing the toy, they will use better content of the sources and create both educational and fun updates. 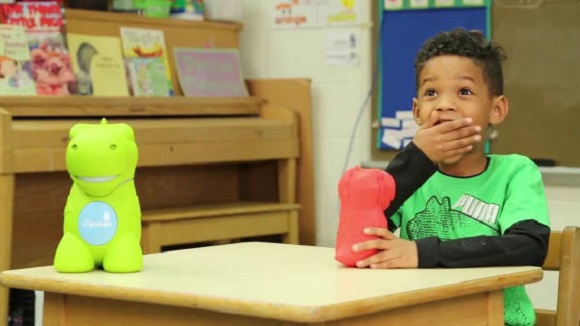 To make the complicated electronics look more attractive for kids, the team turned to 3D printing. Here the technology turned out to be as popular as with many other start-ups. It helped to produce prototype iterations affordably and quickly. But the team hasn’t decided yet whether or not the final version of the intelligent machine will be housed in 3D printed bodies.

To sum up, this 3D printed educational and entertaining dinosaur is likely to become popular. But still we have to wait till the end of 2015 to see children play with the toy.