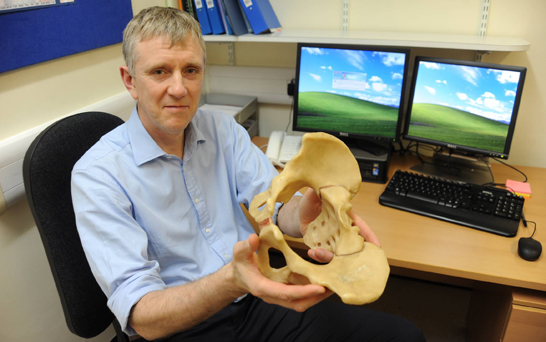 We have already mentioned in our recent posts what important role 3d printing technologies play in modern medicine. It have spread in different areas of medicine whether it be a printing of 3d limb replacement for a duck Dudley or 3d printed knee implant for people who have problems with meniscus.

Recently Craig Gerrand, consultant orthopedic surgeon at Newcastle upon Tyne Hospitals NHS Foundation Trust, used 3d printing technologies to print a pelvis for one of patients who had lost his due to cancer decease. This is the first of its kind pelvis implant which was created using 3d printing.

“The cancer affected virtually the whole right side of the pelvis,” says Mr Gerrand. “Since this cancer does not respond to drugs or radiotherapy, the only option to stop it spreading was to remove half of the pelvis.” 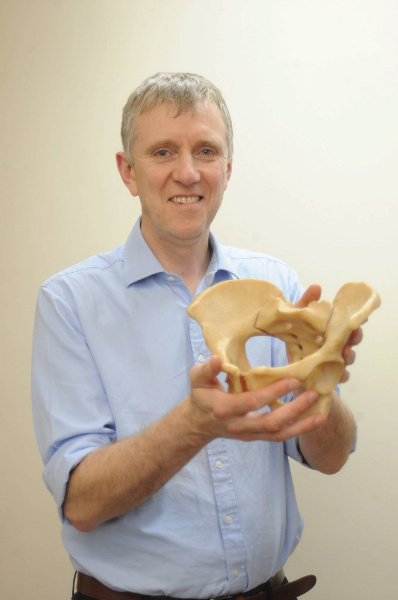 Standard implants that commonly used in such cases usually made by hand and do not always fit well. It may cause an additional removal of the bone and that nothing would be left to which such an implant could be attached. Without a reconstruction, the patient’s leg would be left “hanging”, unattached to the spine, and shorter than the other.

Also there were some risks in using of 3d printed implants such as an implant failing to fit or fracturing. But patient decided to go ahead and try this new approach.

After all needed information was gathered (CT, MRI scans) it was used to create 3d model of a half-pelvis. Then the bespoke model was printed by a British company Stanmore Implants, with exactly the same shape and dimensions as the bone lost by the patient.

The 12-hour operation was carried out using surgical navigation technology, in which images of the pelvis are uploaded on to a computer to create a model on the screen. “It’s quite easy with a complex organ such as the pelvis to get lost and take too much or too little bone. Using surgical navigation technology means you can cut the bone exactly where you planned to cut,” says Mr Gerrand.

“It’s fantastic that you can do cool surgery,” Mr Gerrand says, “but the real innovation will be when we don’t have to do this at all, because we have developed new treatments that can stop the cancer in its tracks.”