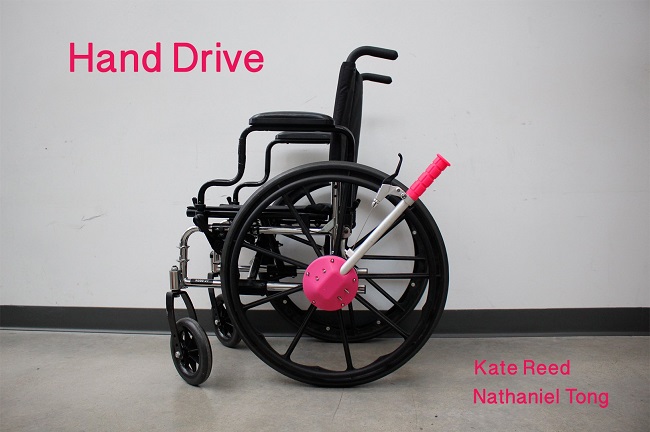 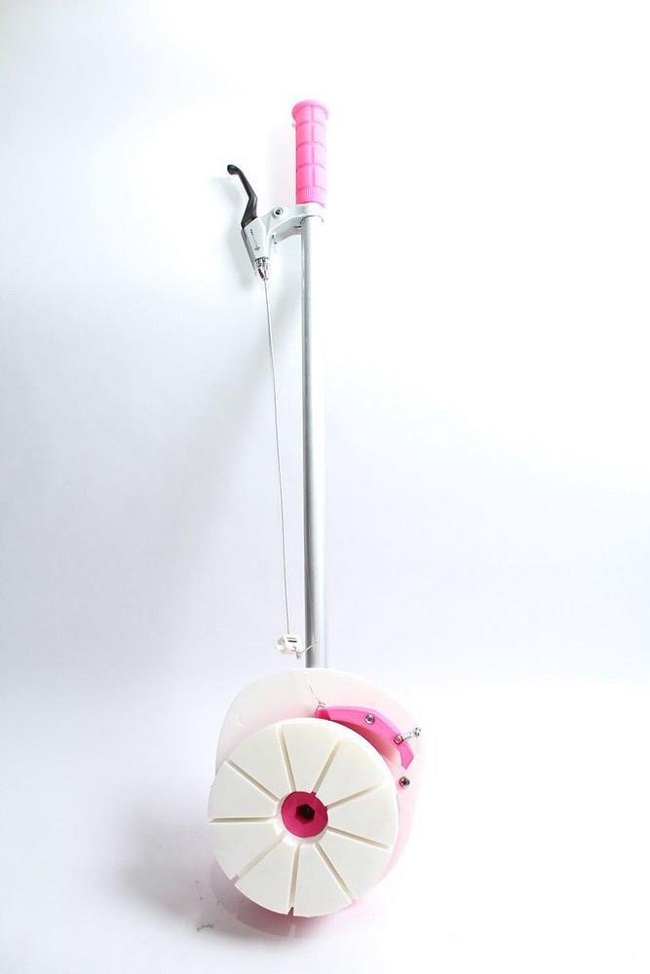 Cost effective manufacturing along with the ease of open source design and sharing of the 3D design which makes even more powerful and evident. Especially, for niche medical products which are otherwise aren’t covered under insurance and typically are costly.

The power of 3D printing was recently demonstrated by Kate Reed, Boston based street performer and unicyclist along with her partner Nathaniel Tong, an entrepreneur and fencer. The dynamic duo won the 2015 Best product in hacking category with their wheelchair hack. 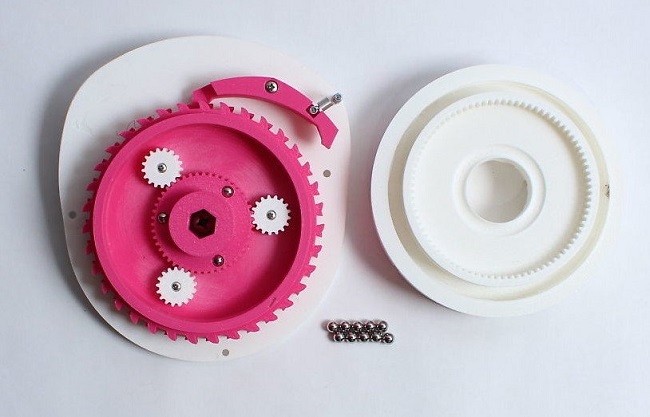 The Hand Drive wheelchair attachment demonstrated a lever can be fitted on the existing wheelchairs; the lever was an economical replacement when compared to costly lever which normally retails for $10,000 and beyond. The pair set out to redesign the whole wheelchair, early on they realized they could achieve the same efficiency by just by redoing the lever which could be fitted onto the existing wheel chair and the heck could cost as little as $40 per wheelchair. 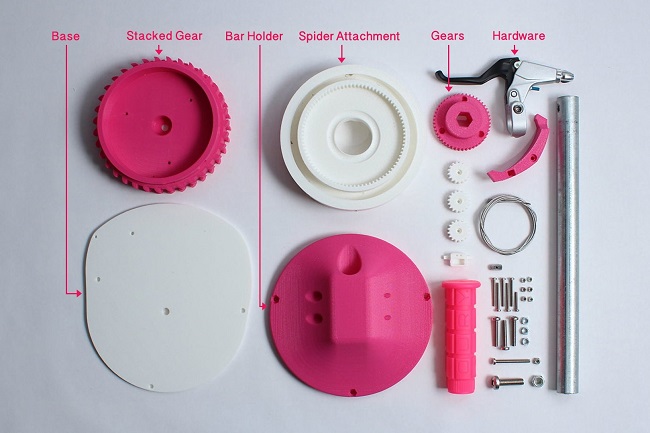 As per designers – the 3D printed wheel chair can be fitted on to any existing hand driven wheel chair and can be operated with a rowing motion.

The rowing motion itself is an exercise for the user’s muscles as it engages bigger muscles while operating, it helps in keeping the hands clean when operated upon hand driven wheelchairs. Economical lever is viable for all who now think of the lever powered wheelchair. 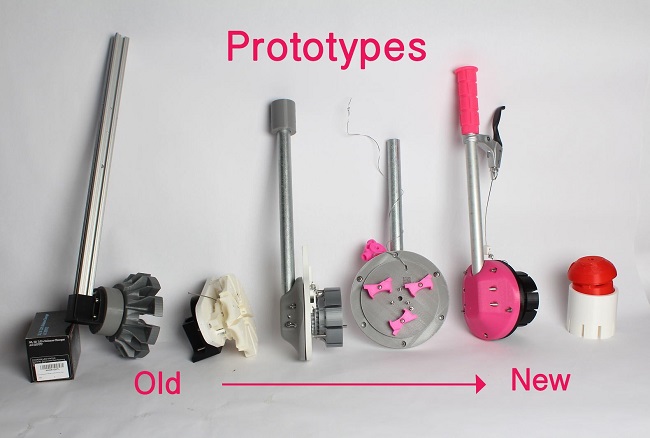 The designers had their fair share of challenges which was expected for the niche product like the lever, at the end, the product came out to be aesthetically pleasant and designers were able to accommodate all the features which they set out to achieve. The design can be 3D printed on almost all 3D printers – with the help of Autodesk Fusion, 360 CAD software. From host of features, the lever employs a dual ratchet for its propulsion – it is powered by a spring which moves the chair forward, when engaged with the handle bar which disengages one of the ratchet, with the help of which the chair can move backwards. 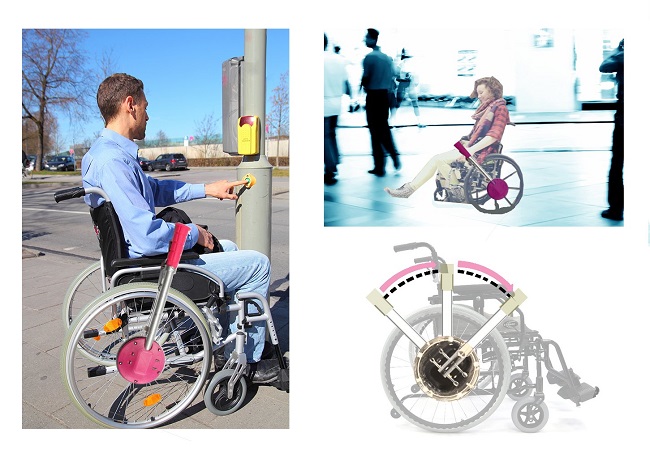 To check the feasibility and capability the designers test the system with a variety of users with multiple prototypes. In total team employed 5 major prototypes and many sub prototypes. 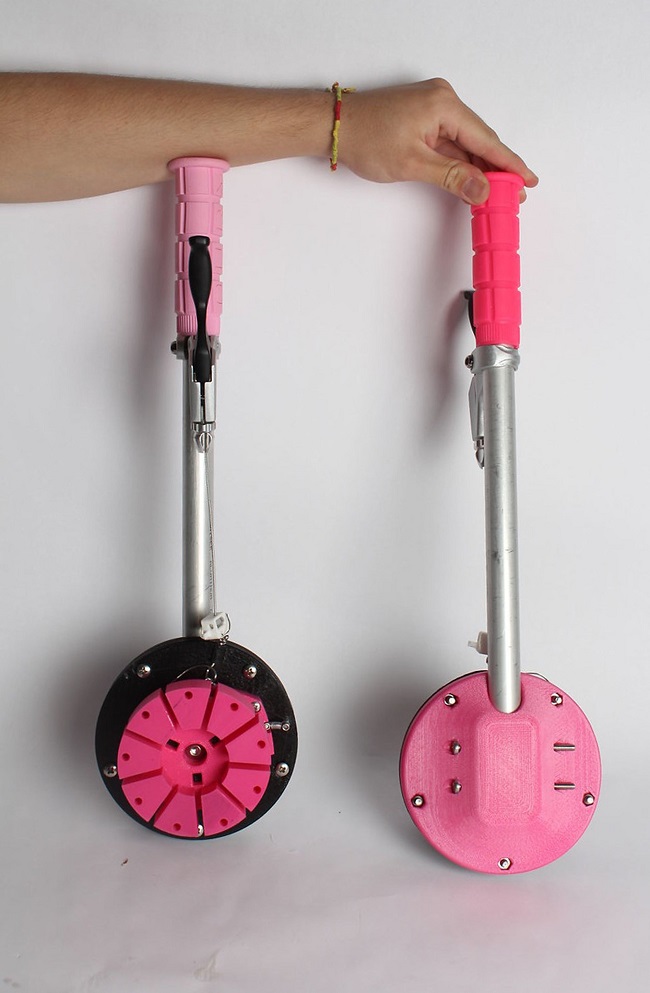 Final prototype involves 6 3D printed parts, a bicycle brake, an aluminum rod and some fastening parts which are far better when compared with the initial design when the team set out to redesign the whole wheelchair to accomplish the same results.

The designers are now looking forward for feedback from the users to improve upon the design further and make it viable to all users of all age groups and all income segments. The designers are dedicated to making the lever viable and affordable to all. 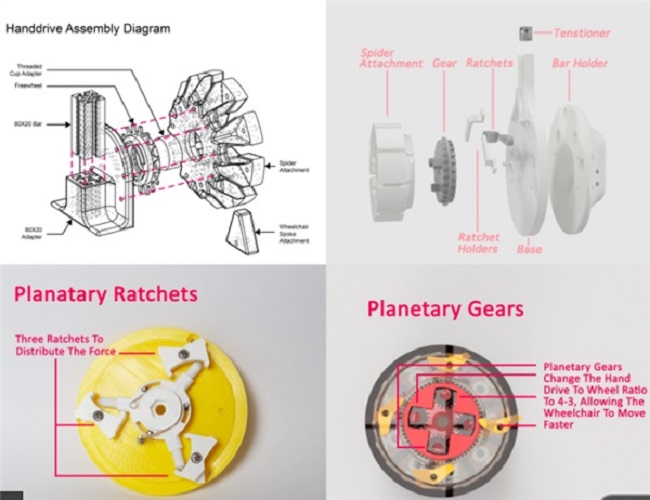