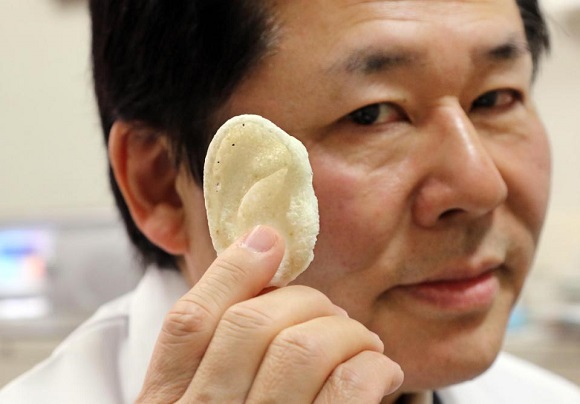 It looks as if 3D printable human organ transplants could become real in the nearest future. It has been reported that the Japanese government is going to invest heavily into this field of 3D bioprinting. This statement has become one of the recent developments in this field. Last November Russian scientists were declared to be able to 3D print human kidneys by 2018. At the beginning of December it became known that the Yale School of Medicine and Organovo 3D printing company have decided to collaborate to be the first who develop 3D bioprinted surgical tissues.

So this Japanese statement follows the common trend in medicine, but in contrast they are going to do so in an unfamiliar way. It has been reported that they are going to invest a huge sum of money – 2,5 billion yen – in the development of 3D printed transplantable human organs for the next five year (that is almost 21 million dollars).

This sum of money is to be distributed between five research institutions, which are part of Osaka University. They are going to produce 3D printable human tissue and, in the long run, transplantable organs. Scientists have already been reported to be successful in Osaka. Here research teams have been doing research in ips cells – induced pluripotent stem cells, or artificially created stem cells, which can be used in 3D bio-procedures. They hope to develop cardiomyocytes, or muscle cells of the heart.

Nowadays these branches of study require a great amount of time before they get to the stage when they can be used on humans. But the funds are now provided by the Japanese government, and they are likely to reach their aim in the end. At such a level of backing these organizations are expected to get to the top of 3D printed generative medication studies branch. The new chain of investments is an important achievement for 3D printing medication. It’s likely to revolutionize medicine and medical care. Almost 100,000 people are included into organ transplantation waiting list in the USA alone. That is one of the reasons for the medical world to turn to 3d printing.